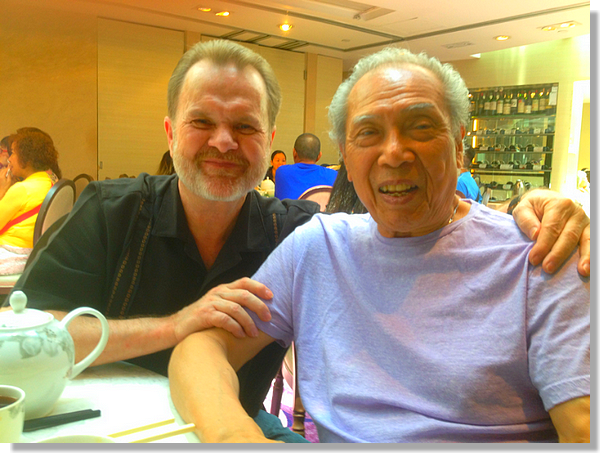 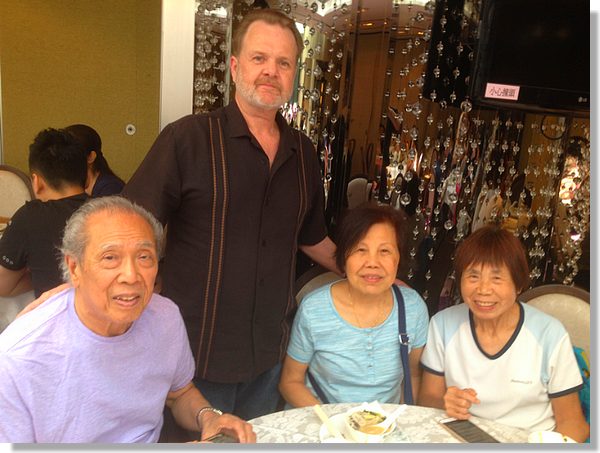 Jesse Eng Sibok (Elder Uncle), 83, is a 1st Generation Lam Sang Inner Gate disciple, New York City Chinatown.  From the early 1990s, we remain close today and talk regularly.  He has taught a handful of students and declined to teach more.  He and his family and I (RDH, 63) just visited again, in Hong Kong, June 29, 2019.   Below, are videos and an interview from over the years.

JES: Then 54′ or 55′ maybe. I started in Kun Ying (Heroes) Assn., the Hakka People’s Association. I asked Lam Sifu, to learn from him.

JES: He said, OK, you come. Pak Lim was the big brother. I think it was Pak On who took me in. If two go in at the same time, you go by the age. So I was the youngest, of all.

RDH: I remember the story about Lam Sang Sifu and Uncle Chan, who was Kun Ying Association Sifu when Lam Sang arrived.

JES: Yeah. Lam Sifu was smoking big cigar sitting on a bench cross-legged and Chan, Uncle Chan sad, you look like a little monkey.   So from that day, he was known as monkey. Uncle Chan asked him, I am the Kung Fu teacher in the Kun Ying Fung.  If you can pass my hand, I will everyday carry your baggage for the rest of your life. And they tried it and then boom! Lam Sifu hit Uncle Chan, on the head.  And then they told me Uncle Chan only learned Mor Sao Grinding Hand from Lam Sang.

We were young students and with Mor Sao and Phoenix Punch, Uncle Chan could hang us all up on the wall.

RDH: Did he really carry, my Si Gong, your Sifu Lam’s suitcase everywhere?

JES: That I really don’t know.  Well, we all carried some stuff for Lam Sifu.

RDH: I see your double fist coming out – isn’t that too wide already?

JES: But when it is played wider, it’s not really hitting anyone, just a little wider to pull the power from the navel.

RDH: When you learned the 18, did he show you how to play the form first?

RDH: And then later he told you which point and what 18 points?

JES: He did but I have forgotten the points!

RDH: And the three moves to a point, the meaning is that you use your power, he uses your power and you turn to the point.

RDH: No single man form. And did he ever say to you that the whole of Hakka Mantis, is coming from the 108?

RDH: And could you see it in the way you trained 108, could you find everything, inside the 108?

JES: And 18. Sifu said, you don’t really need to learn the 108, because everything is already inside 18. Som Bo Gin is the hard training and 18 is the soft training.

JES:  When Sifu felt good, he loved to go to the horse races! And then we disciples would put some more money, in his pockets and he’d go back to play the horses the next day!

JES:  And he always came along and you would notice he doesn’t really look like a tough Sifu like everybody else.  But, you don’t mess around with him.

JES:  Only when he feels good would we mess around with him!

A shoulder injury has precluded me from producing new COURSES, for the last three months.  However, I do plan to begin new COURSE productions, beginning this month, July 2019.

Mantis on with the First Year Courses and keep a watch here for new COURSE releases coming this year two.

Use the CODE:  7holiday