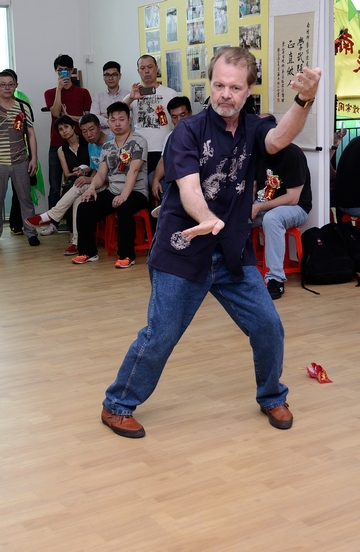 *This article contains video clips.  The long clips may take several minutes the first time loading to your PC and Internet connection.
In the News: 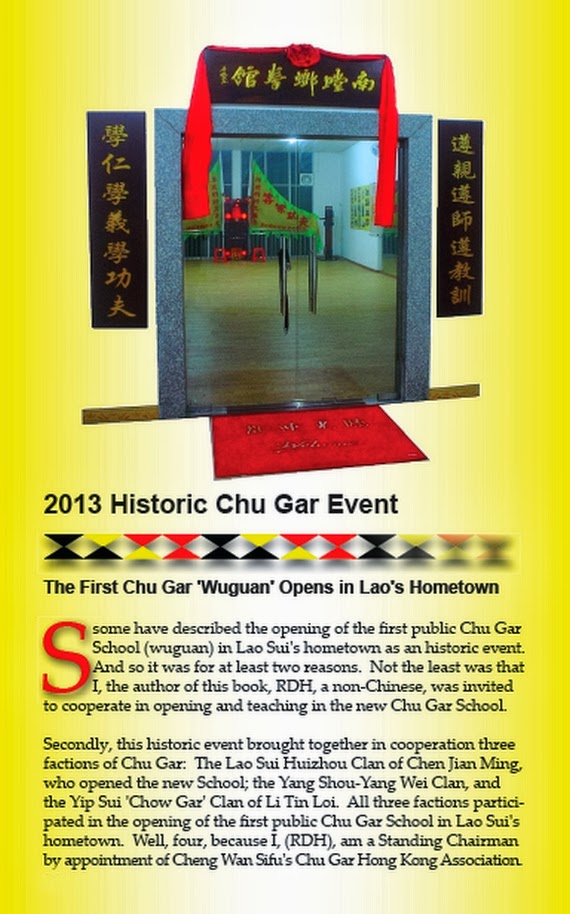 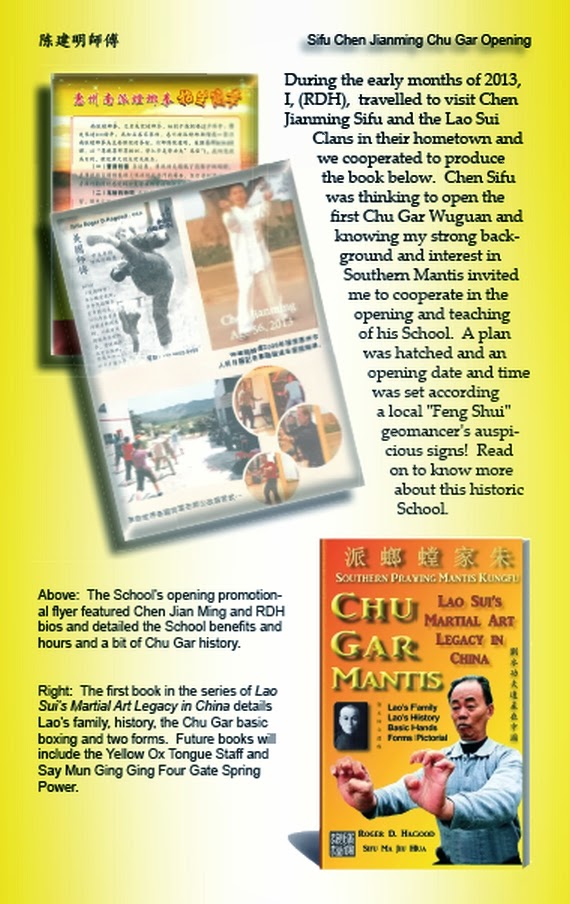 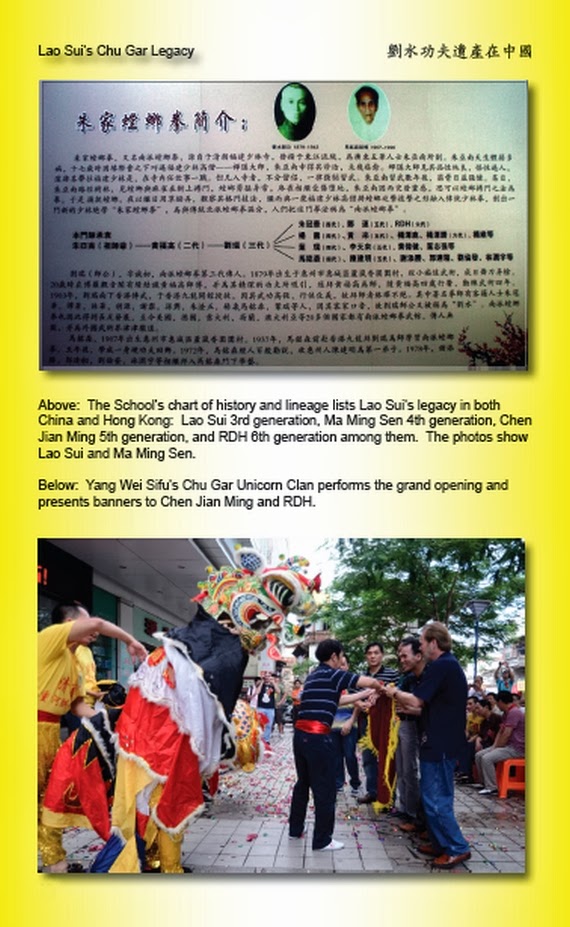 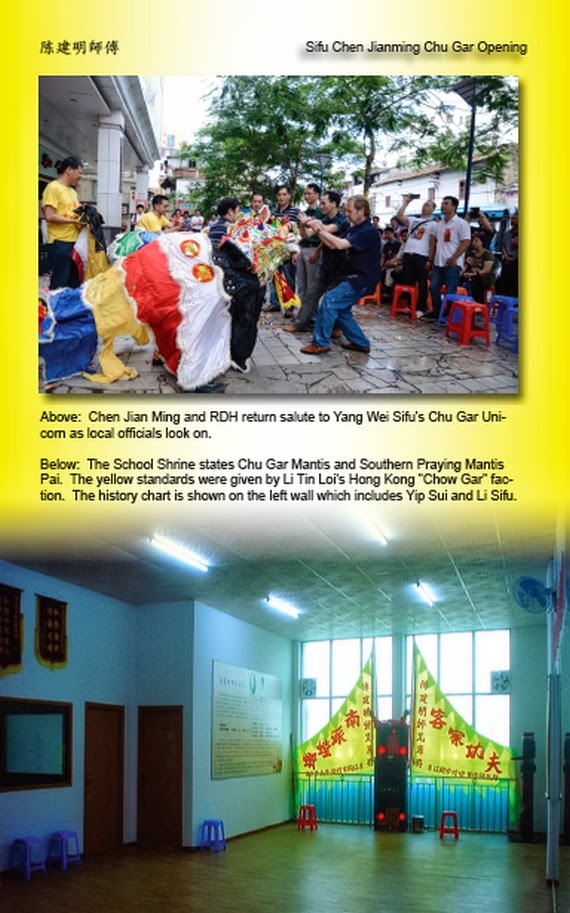 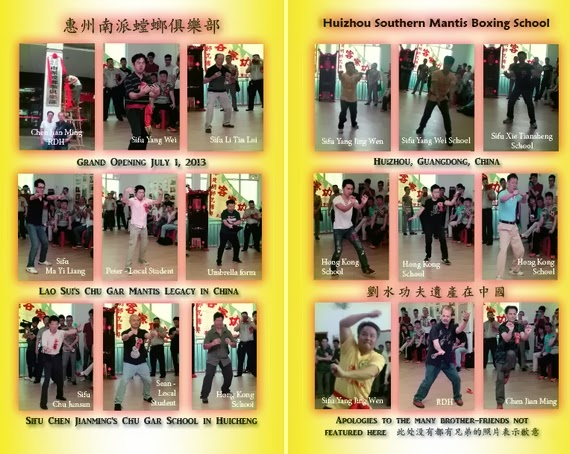 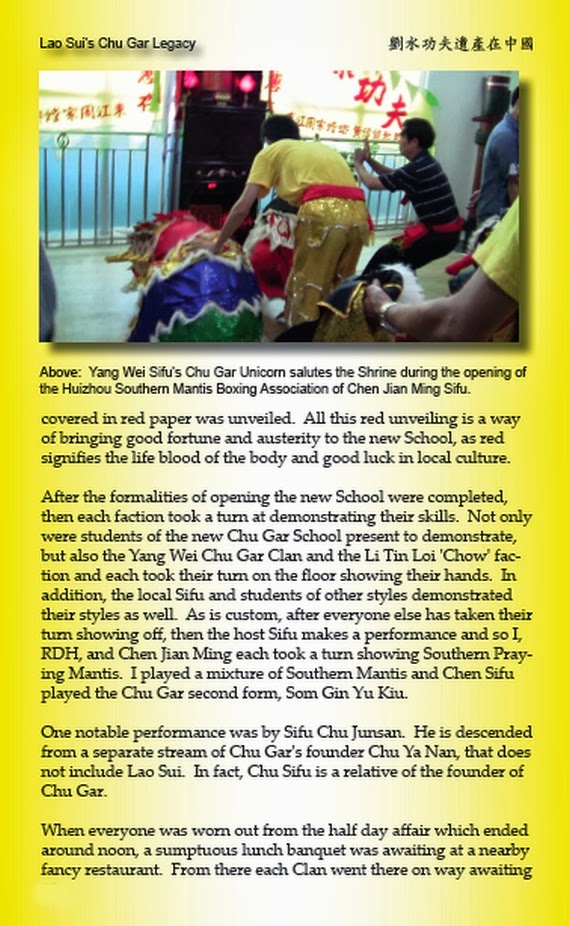 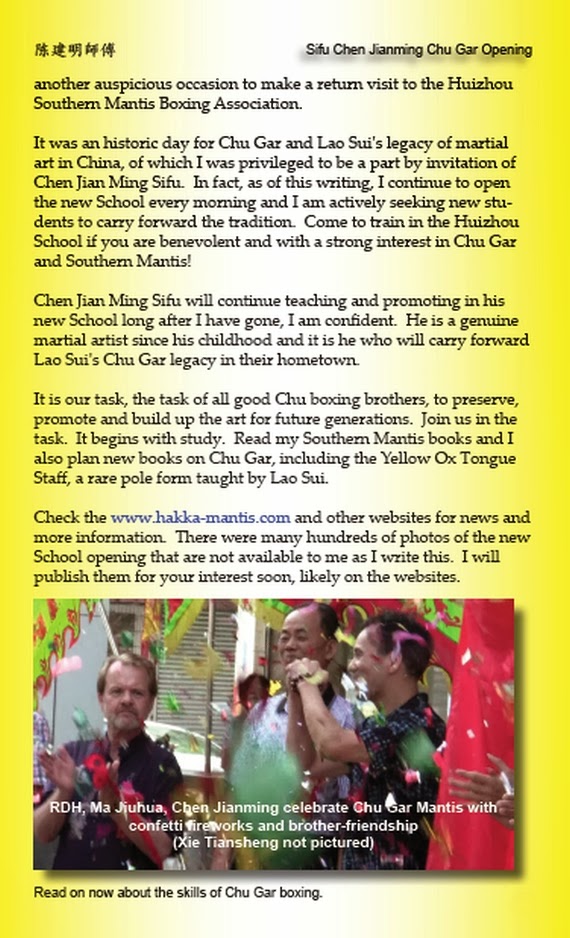 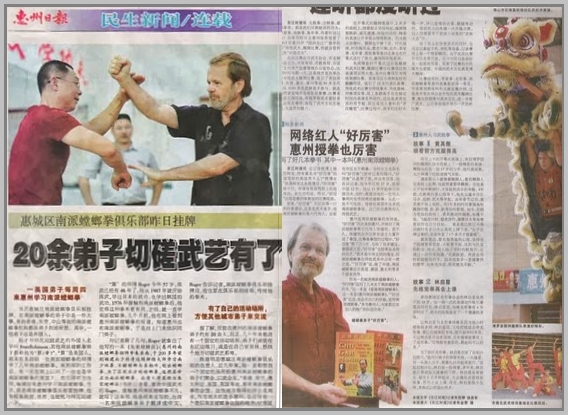 Promotions for the first public Chu Gar School, in China, were also made on Huizhou TV stations.  Below is a video excerpt of one of the programs.  Watch www.southmantis.com for more of the program releases including a complete video program of the School’s grand opening day celebration and demonstrations to be released.

In the above clip, RDH is referred to as “Hao Li Hai”.  A rough translation of this clip states, “RDH trained and has become the sixth generation of Southern Praying Mantis.  The reporter asks, “why did you take up Chinese kungfu” and the reply, “I was eleven years old and happened upon a 19 year old man raping a 16 year old girl.  I intervened on the girls behalf, the girl escaped, but I, at eleven, was beaten to a pulp by the 19 year old.  My father requested I train martial arts when he saw me at 11, black, blue, and bloody.  He gave me my first month’s tuition and I started training Judo, at age 11.  From that time, I have never stopped training.
It then states in 1989, in conjunction with the China State Physical Culture and Sports Commission, in Beijing, that RDH published a series of magazines which were distributed internationally.
In the remainder of the video clip above, the TV station asked to see what I do daily.  And so, they followed me around to a few local places that I enjoy frequenting in Huizhou, an ancient martial art city, hometown to the likes, not only of Chu Gar, but Dragon and Whitebrow also.  Huizhou City welcomes you to visit.
Anecdote:  Chen Jian Ming Sifu has long been promoting and teaching the Lao Sui family’s Chu Gar in Huizhou.  I will share more of this soon, too.  I am grateful to Chen Sifu for his brother-friendship and all the Lao Sui clan brother-friends.  More of Chen Sifu will follow.

In the late 80s, and early 90s, It was a pleasure for me, RDH, to see the Beijing Wushu Competitions.  I spent several years to, from, and in Beijing those days.   I met many interesting and capable brother-friends and dignitaries:  Li Meng Hua, Xu Cai, Wu Bin, Cai Long Yuan, Zhang Wen Guang, et al,…I enjoyed, appreciated, and loved all their company among others.

Below is the 2013 Huizhou Martial Art Competition, which I attended.  One of Chen Jian Ming Sifu’s Chu Gar Mantis students demonstrated. A Hong Kong movie star was among the presentations.  RDH was featured in several newspaper articles:  http://e.hznews.com/paper/djsb/20130722/A05/2/ 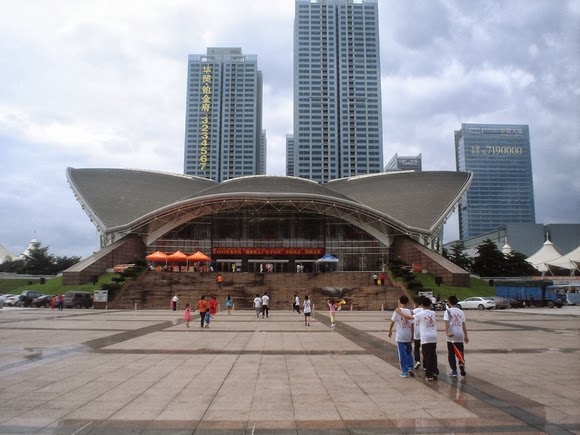 Above:  Huizhou Sports Complex, host to the 2013, Wushu Competitions

Similar to the Kwongsai Mantis Card Deck, a Chu Gar Mantis Card Deck has been produced.  Available now, but without the maxims.  Photos only.  Front and back.  By request only now.  Email me.

New Southern Mantis Press hardcover collectible book releases will include somethings like this below.  Subject to change at notice:

Yang Sou, (Yang Shou), is sometimes said to be the third generation himself, such was his accomplishment in Chu Gar Mantis.  His descendents continue Chu Gar in his hometown of QingXi, Guangdong, today, as well as Hong Kong.

There is much yet to be shared with the Yang Clan Chu Gar. 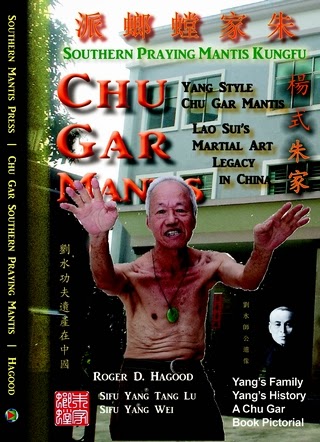 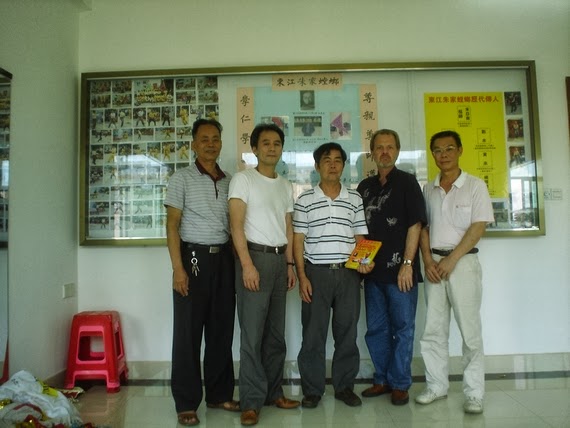 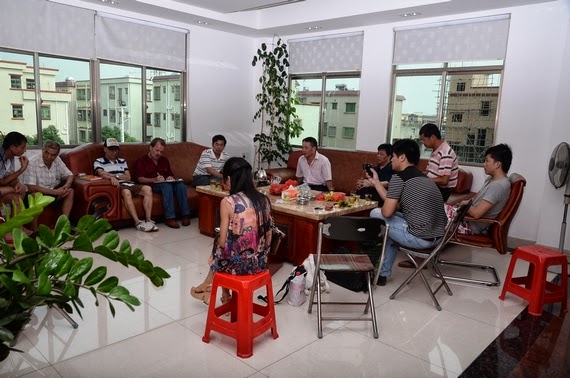 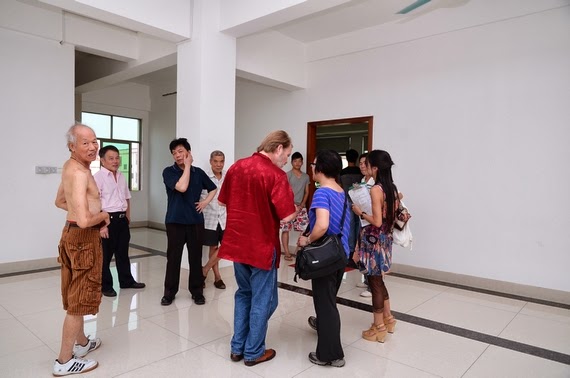 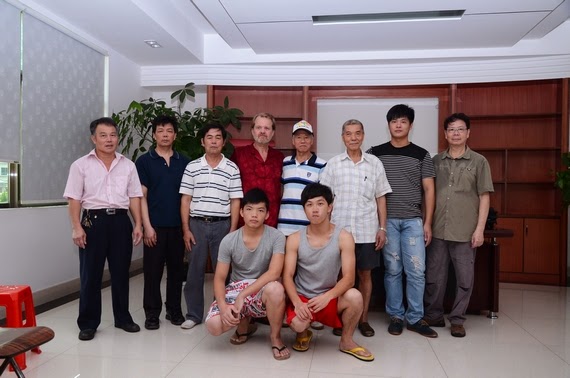 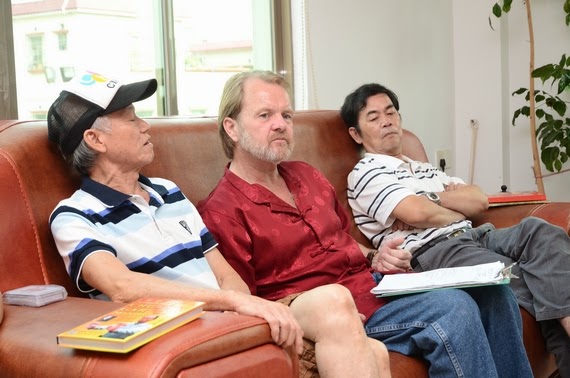 Remember Sombogin = “start where you are, use what you have, do what you can!”

Your correspondence is welcome.  I’ll be back here when Winter begins!  If not before.
RDH
Huizhou, Guangdong