To understand Mantis today,you have to search yesterday

Traveling to the furthest corners of China with diligence, persistence, and time one discovers the simple facts about the origin and history of Hakka (Southern) Praying Mantis:

Traditional Hakka Mantis is constantly evolving, just like the people who train it, but always based upon the principles, strategy and tactics of the founders and those who came before. To appreciate traditional Hakka Mantis and Unicorn culture, one must look into the history of the founders and their boxing transmissions and endeavor to preserve them in their original forms. 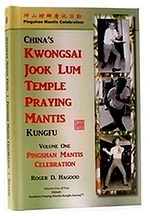 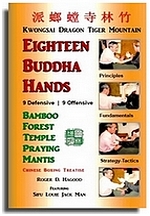 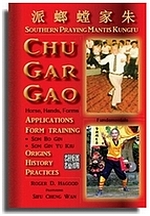 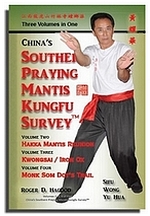 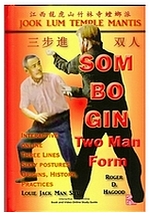 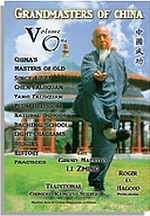 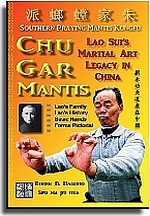 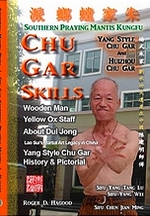 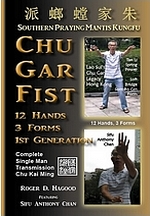 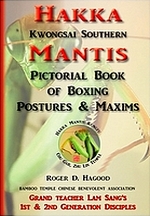 Story as told by Lao Sui’s Family in China

Lao Sui’s original name was Lao Cheng and he was born in 1879, in the aforementioned Hong Yuen Village. Since childhood Lao had a love of martial arts and trained all kinds of local Hakka kungfu. By the age of 20, he was quite famous for his staff skills and readily taught others boxing. Just across the East River was the Goddess of Mercy Pavilion (Guanyinge) and the Luchou people often crossed over by boat on their way to the market. On festive days, Lao Sui would go around seeking martial art masters to have a contest. On one such occasion, the second generation Southern Mantis descendant, Wong Fook Go from Xingning City, happened to be at the Goddess of Mercy Pavilion practicing medicine and selling drugs. When Wong Fook Go, circa 1899, traveled the 130 miles or so from Xingning City to Lao Sui’s hometown he would likely have been on horseback for several days or longer, maybe even stopping here and there in many villages as he treated patients and sold his medicine. After arriving at Guanyin Temple (image above), Wong observed Lao Sui practicing his kungfu but said that it appeared good but wasn’t really useful. And so, the young and fit Lao Sui engaged Wong in several rounds of boxing, each of which Lao was easily subdued. Immediately Lao recognized Wong had superior skill and kowtowed to become Wong Fook Go’s pupil when he was 20 years old. After four years of careful guidance, Lao Sui had become an excellent Southern Mantis boxer and also had learned the skills of knives and guns, bone setting, and medicine and became known as the third-generation descendant of Chu Gar Southern Praying Mantis. In 1903, the 24 year old Lao went to Hong Kong and never returned to his birthplace.

It is said that Monk Som Dot was originally from Tibet and that he wandered extensively studying Shaolin boxing and medicine. At the invitation of the Taoist Pope he travelled to Kwongsai Mt. Dragon Tiger and after settling there, he accepted two disciples, Wong Leng, an illiterate, but diligent disciple, and Lee Siem. Lee Siem later became known as Siem Yuen, which means capable of grasping the depth of Buddhism. And Wong Leng became known as Wong Do Yuen, capable in Taoism. After some years, Som Dot sent his two disciples down the mountain to spread his art of Shaolin, which was divided into three orders. The first order taught the principle of 10 soft and one hard, and was taught only on the top of the mountain. The second order was half hard, half soft power. The third order was based on extremely forceful techniques. This is the reason the art is sometimes called a “three door or gate” art today. In doing so, as they descended the mountain, Wong Do Yuen and Lee Siem Yuen, at the middle gate of the mountain, accepted a student named Chu Long Bot. Hiding the kungfu of the first order, they taught Chu Long Bot only the second order kungfu of Som Dot. At that time, the first order kungfu of Som Dot was not taught. After learning the art, Chu, having no knowledge of the first order kungfu, betrayed Wong and Lee and used only the Chu surname to pass on what became ‘Chu Gar Gao’ – Chu Family Creed. The name was later changed again to “Chu Gar Praying Mantis” in Hong Kong. Chu Long Bot later taught Chu An Nam, who taught Yang Sao and Lao Sui, who was a friend of Chu Kwei, who was the father of Chu Kwong Hua in contemporary times. This order of kungfu was originally taught only at the middle gate of the mountain. Later, as Wong Do Yuen and Lee Siem Yuen went back down the mountain, at the lower gate, a praying mantis insect popped out in front of them. Wong, being the first to step off the mountain, proclaimed the mantis must be a sign from Heaven and to avoid further persecution of Som Dot’s Shaolin teaching, the Shaolin art of three orders should simply be called Praying Mantis. At the bottom of the mountain, a man surnamed Choy and nicknamed Tit Ngau, or Iron Ox, pleaded with sincerity to learn their kungfu and the two of them taught him Som Dot’s third order of kungfu based on extremely forceful techniques. Not knowing what to call the art, Choy, having no knowledge of the first or second order of Som Dot, eventually did the same as the Chu Clan and called the art Tit Ngau, or Iron Ox. Later a fellow named Chung Lo Ku learned from Choy and passed on this teaching as Chung Gar Gao in the East River region. This kungfu of the third order was taught at the bottom of the mountain. In China, it is said each of Som Dot’s three orders of Shaolin Kungfu has its advantage and each is worthwhile to learn and study.